Happy Friday to y’all, I hope you have a restful

NO BE TO DEY SHOUT🤨🤨 YOUR BREZZ DEY STAND??

*#Whereyoudey* video will be aired by HIP TV 2:40p

Tyler Perry is an American actor, writer, producer and director which makes him an enterpreneur in the entertainment industry. He has been active right from 1922 till date.

Consequently, Forbes, a well-known American magazine nominated the public figure, Tyler Perry. Forbes nominated Tyler as the highest paid figure in the entertainment industry considering his earnings between May 2010 and May 2011 of $130 million. 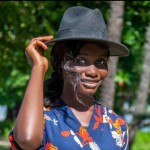